Subscribe to Read More to find out about similar books. Sign up to our newsletter using your email. Your subscription to Read More was successful. To help us recommend your next book, tell us what you enjoy reading. Winter of the World.

You submitted the following rating and review. We'll publish them on our site once we've reviewed them. Item s unavailable for purchase.

Voices of the Pacific : untold stories from the Marine heroes of World War II

Please review your cart. You can remove the unavailable item s now or we'll automatically remove it at Checkout. Continue shopping Checkout Continue shopping. To ask other readers questions about Voices of the Pacific , please sign up. This book is so good I like the way it ask they talk about the islands a lot should read it it is a,azing.

See 1 question about Voices of the Pacific…. Lists with This Book. Apr 05, David Eppenstein rated it it was amazing Shelves: This is a book every American needs to read and especially kids in high school. As the author correctly describes his book it's like gathering a group of aged Marine vets around a table and letting them tell their stories. It's not about battle strategy or tactics or politics. This book is about boys that went into the Marines during WWII became men and then went through a hell nobody today could imagine.

Nov 07, Jimmy rated it it was amazing.

As the author stated in the beginning, these are the last words of men who are in their nineties and some of the stories of what happened in World War two have never told by these survivors before. The book is simply incredible. The book tries to follow a chronological order. Some were so moved that they went to enlist right away. This was a time when the Marines were not as well-known as they are now.

Voices of the Pacific: Untold Stories from the Marine Heroes of World War II by Adam Makos

I thought it was funny to read of how many of the guys originally tried to sign up for the other branches before they ended up joining the Marines. Some of the reasons were rather trivial—the Marine recruiting office had the shortest lines or the other services rejected them but the Marines took them. The book then transition to record how these new recruits went through Boot Camp and embarking on ship for the Pacific. The combat gets worst and worst as the war dragged on.

The hand to hand combat. These were tough Marines. And the book covers from the first offensive in Guadalcanal to the last battle of Okinawa. Some of the characters that the various Marines gave an account of are well known and legendary especially after the HBO miniseries on the Pacific. Readers will appreciate the heroism and larger than life Marines like John Basilone and Chesty Puller.

It is hard to put this book down. It is hard not to get emotional reading this. The selflessness and humility of the various Marines will move you. The stories of how the Marines got injured and taken out of combat is not easy to read. Especially of the horrific ways that these Marines witnessed other Marines get killed. I also appreciated the book covering the veterans account of coming back home. These guys were glad to be alive. They came back and dealt with their traumatic experience by being busy. I think their examples are incredibly inspiring.

He was killed on the first day of our landing on Iwo Jima, February 19, He has been the subject of several books written by his fellow Marines. He is one of the many reasons why people in Australia and New Zealand never had to learn to speak Japanese. Google his name, and see what I mean. Most of the real true heroes, like John Basilone, never made it home. It is our job to keep their memory alive. They have no clue. Nov 17, Philip rated it it was amazing Shelves: It's harder to get better history than from a good oral history Bloods even World War Z , and this is one of the best.

Mar 12, Mike Rabasco rated it it was amazing. This is a well written book about one of the most brutal wars ever. These are personal insights tyhat these vets share with the reader that are not in most books.


This was a great book. This book really takes you to WWII in the Pacific and details very well what our troops had to endure. And if you didn't see it, and are interested in WWII, you should read it too. The war in the Pacific was a completely different war from that in Europe. The Japanese soldier was a different enemy from the German, or Italian, soldier. It was also a different environment. Next to a determined and often cunning foe, the soldiers had to cope with rain, endless rain, mud, tropical diseases, more rain, heat, humidity, lack of food or water, some more rain, and much more.

Some entered the next day, others later due to age. Why the Marine Corps? Some did this on purpose because they admired the reputation of the Corps, others fancied the uniform, and still others just went there because the line at the Navy and Air Force offices were just too long. What was bootcamp like? What about the camaraderie with your fellow soldiers?

The fighting on the islands is described in detail. Colorful, tense, as it was, gruesome. And after the fighting they needed to relax and get their health back, in the knowledge that they would be heading to yet another island soon. The men in this book became close friends with them, or just happened to serve in the same unit.

Despite the fact that different 'voices' tell the stories, I never lost track of what was happening and where it took place. Some of the 'voices' were involved in the same action, so you get to see the different angles. The book ends describing what happened to these young men after the war, and what their opinion is of what the world looks like now. 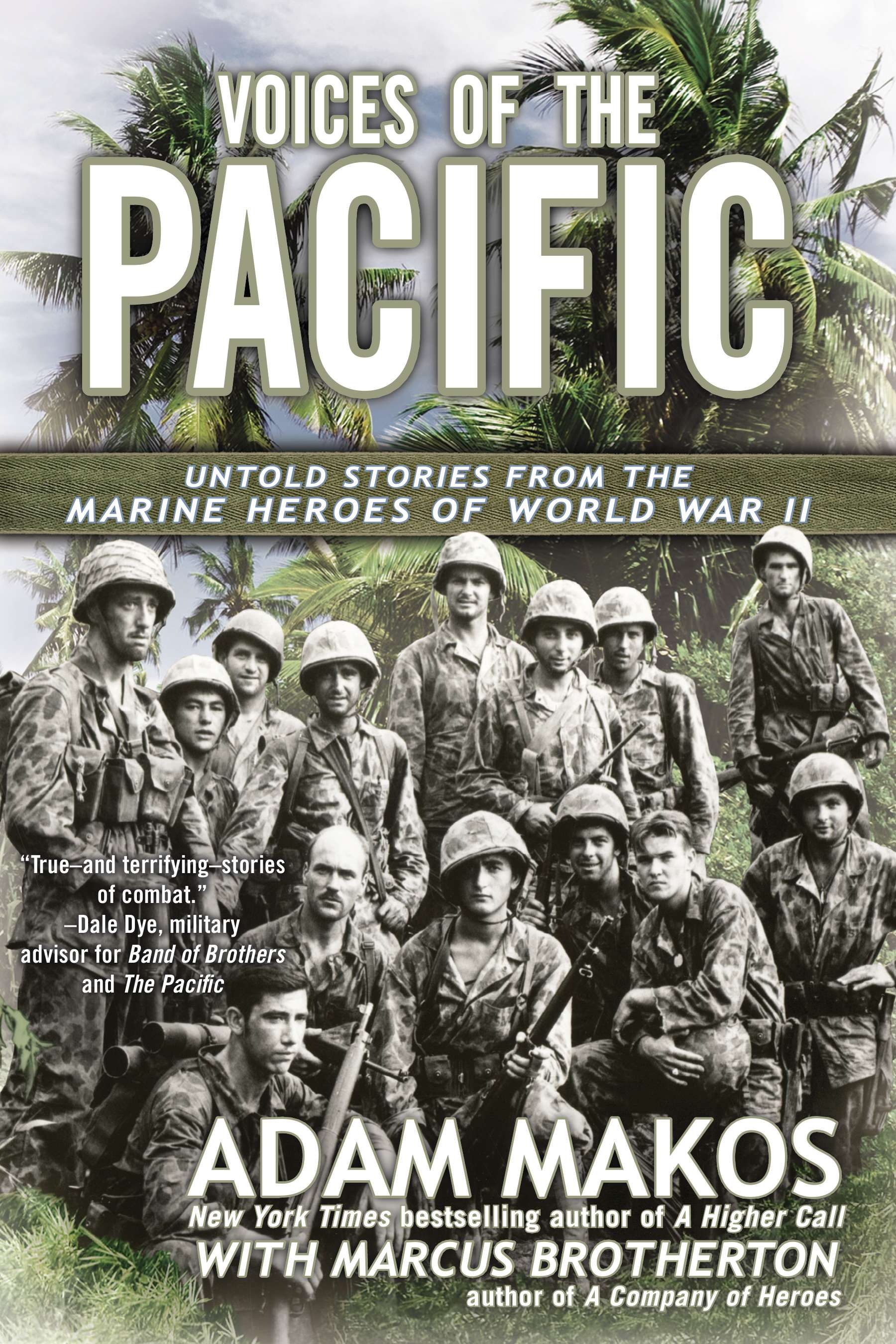 A high prices was paid and this needs to be remembered. Jul 14, Ksorb rated it it was amazing. He was moved to the 3rd Marines and attacked Bougainville, He would never talk much about the war, except to look with haunted eyes and tell of seeing his best friend, in the 2nd Marine Division but on the same transport ship over, get off the boat to head to help take Tarawa. Second day of action and he was never seen again.. He is still MIA. I got to find his name on the wall of heroes in the Punchb My father-in-law was a US Marine in the 1st Division, and attacked Guadalcanal with these guys.

I got to find his name on the wall of heroes in the Punchbowl, Honolulu, this winter for the 75th anniversary of the bombing of Pearl Harbor commemorations.