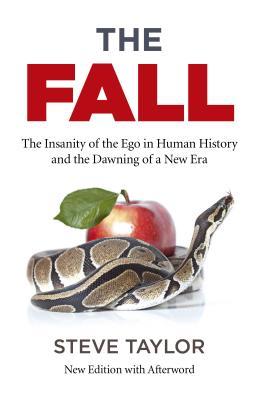 They survived by hunting wild animals the man's job and foraging for wild plants, nuts, fruit and vegetables the woman's job. When anthropologists began to look at how contemporary hunter-gatherers use their time, they were surprised to find that they only spent 12 to 20 hours per week searching for food -between a third and a half of the average modern working week! Because of this, the anthropologist Marshall Sahlins called hunter-gatherers "the original affluent society. Strange though it may sound — the diet of hunter-gatherers was better than many modern peoples'.

This partly explains why skeletons of ancient hunter-gatherers are surprisingly large and robust, and show few signs of degenerative diseases and tooth decay.

As the anthropologist Richard Rudgley writes, "We know from what they ate and the condition of their skeletons that the hunting people were, on the whole, in pretty good shape. But after the advent of agriculture, these had declined to five feet three and five feet one. An archaeological site in the lower Illinois Valley in central USA shows that when people started cultivating maize and switched to a settled lifestyle, there was an increase in infant mortality, stunted growth in adults, and a massive increase in diseases related to malnutrition.

Hunter-gatherers were much less vulnerable to disease than later peoples.


In fact, until the advances of modern medicine and hygiene of the 19 th and 20 th centuries, they may well have suffered less from disease than any other human beings in history. Many of the diseases which we're now susceptible to only actually arrived when we domesticated animals and started living close to them. Animals transmitted a whole host of diseases to us which we'd never been exposed to before. Pigs and ducks passed the flu on, horses gave us colds, cows gave us the pox and dogs gave us the measles.

And later, when dairy products became a part of our diet, we increased our exposure to disease even more through drinking milk, which transmits at least 30 different diseases. In view of this, it's not surprising that with the coming of agriculture, people's life spans became shorter. The transition from a nomadic hunter-gatherer way of life to a settled agricultural one began in the Middle East at around BCE, spreading into Europe and Asia over the following millennia and developing independently in some places.

Many of the world's cultures have myths that refer an earlier time when life was much easier, and human beings were less materialistic and lived in harmony with nature and each other. These myths tell us that, either as a result of a long degeneration or a sudden and dramatic "Fall", something "went wrong". Life became much more difficult and full of suffering, and human nature became more corrupt. In Taoist terms, whereas the earliest human beings followed the Way of Heaven and were a part of the natural harmony of the universe, later human beings became separated from the Tao, and became selfish and calculating.

Many of these myths make clear references to the hunter-gatherer way of life — for example, the Greek historian Hesiod states that during the Golden Age "the fruitful earth bore [human beings] abundant fruit without stint," while the early Indian text the Vaya Purana states that early human beings "frequented the mountains and seas, and did not dwell in houses" i. The garden of Eden story suggests this too. Originally Adam and Eve ate the fruit from the tree of knowledge, until they were forced to leave the garden and forced to "work hard and sweat to make the soil produce anything.

The agricultural peoples who worked harder and longer, had shorter life spans and suffered from a lot more health problems must have looked at the old hunter-gatherer way of life as a kind of paradise. There are other significant reasons why these peoples would have seen earlier times as a Golden Age. There is a great deal of evidence suggesting that prehistoric human beings were much less war-like than later peoples. Archaeological studies throughout the world have found hardly any evidence of warfare during the whole of the hunter-gatherer phase of history. There are, in fact, just two indisputable cases of group violence during all of these tens of thousands of years.

The site of Jebel Sahaba, for instance, has a grave containing the bodies of over 50 people who apparently died a violent death. And in south-east Australia, there are some signs of inter-tribal fighting — as well as of other kinds of social violence such as the cranial deformation of children — at several different sites dating from 11, and 7, BCE.

Lawrence Keeley's book War Before Civilisation suggests several other examples of prehistoric violence and warfare, but all of these are dubious, and have been dismissed by other scholars. For example, Keeley sees cut marks on human bones as evidence of cannibalism, when these are more likely to be the result of prehistoric funeral rituals of cleaning bones of their flesh.

He also interprets highly abstract and stylised drawings in caves in Australia as depicting battles, when they are open to wide variety of other interpretations.

In this way, as the anthropologist R. Brian Ferguson remarks, Keeley's "rhetoric exceeds his evidence in implying war is old as humanity. The lack of evidence for warfare is striking. What is wrong with us?

Why does it seem that everywhere we go, there is pain, sorrow, violence? Watch people on the street. Listen to conversations at a restaurant Why is it that our idea of conversation is complaining about our problems? Why does it feel like everyone on the planet is miserable, and feel like their lives are missing something? Adam and Eve, a fairy tale from the Bible Nearly all religions have a story of a eutopia, where humans lived in peace, at peace with nature, their own bodies and the universe.

All of the tales are suspiciously similar, could they be a type of historical record?


The Fall takes you back to the earliest groups of human beings to inhabit this planet and follows their path to present day society. Anthropologists have been studying prehistoric cultures for decades and finding some fascinating information about how our ancestors lived. For a long time, whenever someone would refer to earlier human cultures, especially those of the prehistoric era, they were refered to as barbarians, violent and lacking of compassion. Anthropologic research reveals a completely different image of our ancestors.

You will be taken back to a time when human-beings were in touch with the essence of nature.

The Fall : The Insanity of the Ego in Human History and the Dawning of a New Era

They lived in peace and at ease, until something horrible happened to the groups living in the Middle-Eastern area known as Saharasia. An environmental tragedy somehow changed the human beings living in the area, endowed with a new, and increasing, sense of ego, the Saharasian peoples began migrating and affecting every culture they came into contact with. 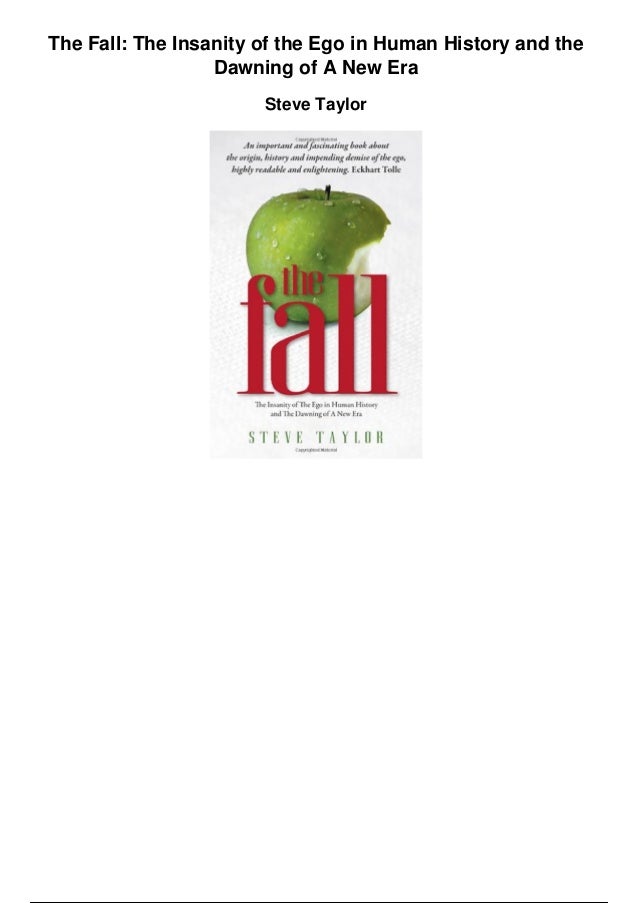 From a world of peaceful, hunter-gatherer cultures, to a world of greedy, violent egos, took meerly a few centuries and started us down a road of violence, materialism and patronism. You will learn how each step of this change took place and what the affects of the sprouting ego had on our treatment of the planet and each other.

You will be awakened to the true cause of our collective misery and suffering and you will see that there is a way out. We are in the midst of transcending the insanity already, but will we make it before we destroy ourselves? That will take some extra effort on our part. This book is unique in that it attempts to explain the history of humanity from a psychological perspective addressing questions such as why is it that we need to wage war century after century? Why have we oppressed women and children throughout the ages?

Why do we continue to destroy the environment when we know disaster looms for next generations? It brings together evidence from archaeology, anthropology, psychology and other social sciences, art and literature. It presents a new perspective on history and although it may not stand up to the rigours of academic scrutiny, it does paint a convincing picture of how we got ourselves into the "mess" we currently find ourselves in and why there is a lack of empathy in the world for each other as humans, as well as for other species and the environment.

The author is extremely well read to have put together such a vast body of evidence taken from so many different cultures and historic time periods. If you want a "sane" interpretation of the human story over the last years rather than a rigorous fact based time-line, then this read is a must.

I would go so far as to say that this style of history evokes in us a sense of responsibility to future generations as we inherit the legacy from previous generations. It shows us how we are part of the problem as well as the solution. I would love to see this book used in schools as part of the ancient history curriculum as it would empower students to feel that have the ability to literally change history.


This book literally changed the way I look at life. I know that sounds grandiose, but it really did. The author has compiled and analyzed archeological research and has come up with a theory of human history that relies on empirical evidence about early Neolithic communities and drastic environmental changes, to name a few, and he brilliantly combines this research evidence with insights into human psychological evolution.

It sounds like a strange mix, but it is oddly compelling and a really fresh take on why we are the way we are warlike, unbalanced, male-dominated society, etc. The premise of this book, that our ancestors were more right-brained and, therefore, happier than we are today, is quite interesting. It is responsible for the current desertification of the Sahara Desert and Northern Africa in general. The inhabitants of affected areas were forced to move, like the Egyptians from North Africa to the Nile valley; or die, like the Ubaidians earliest Sumerians who abruptly disappeared around this time and were soon replaced with the Uruks.

Instances of the damage and climate change from the event scattered the Old World: White supremacy v - t - e. This pseudohistory -related article is a stub. You can help RationalWiki by expanding it.